“Rowdy and intimate, clever, funny and affecting” – The Times

Here are Balletboyz’ Michael Nunn and William Trevitt to tell us more.

Tell us how Life. came into being.
We imagined a show called Life, a title that would be very open-ended in terms of meaning, but that would spark an idea in the minds of the choreographers. They were both given the title and asked to use it in any way they wanted – and what you will see is the result of that spark. There are predictable ways to create for a group of ten young men, but we were looking for something beyond the obvious and in Life. We have been delighted to find two solutions to the problem that couldn’t be more different.

The show features two new commissions by Javier de Frutos and Pontus Lidberg. How did these collaborations come about?
Variety has always been important to us, and in the past, we have wanted the two acts of a double bill to be in complete contrast to one another, but for Life. we were looking for more of a connection between the works. Javier has had a fascinating career ranging from small-scale dance works to huge National Theatre productions and it is a great thrill to get to work with him, whereas Pontus was much less known to us.
We had seen his work in some really beautiful dance films and thought that we would have at least have a connection with him on that level. Our dancers have proved themselves creative artists in their own right, collaborating on two unexpected and wholly original works which, in strange ways, are mirror images.

And what can we expect from each commission?
We obviously had some preconceptions about what Javier and Pontus might create, but how they have created has been equally interesting. Pontus built up layers of movement until he saw what he had imagined whereas Javier chipped away, revealing more and more ideas until they began to form into a shape that none of us had expected.

You joined the Royal Ballet together in 1987 where, between you, you played all the principal roles. Tell us about that time.
The Royal Ballet was a great place to work and learn. We were able to stand on the sidelines watching our heroes and slowly learning our trade. We toured all over the world and really made the most of the privileged position to develop our other interests in photography and film.

And what was the thinking behind forming BalletBoyz in 2001?
In a big ballet company what often seems to happen is that visiting choreographers turn to the younger, fresher dancers when they are commissioned to create and at that time that was us. We always loved collaborating and creating and so when we left the Royal Ballet we wanted to spend all our time commissioning and creating new dance works.

In 2010 you retired from the stage and developed the first edition of The Talent. Tell us about that project?
The Talent was a bit of an experiment at first. We knew that both choreographers and audiences were intrigued by the idea of men dancing together and thought we would try and push that to an extreme by having a company of ten young men. We never really imagined that it would be as popular as it has been, thinking that it might last a year or so before we would need to think of something else. Instead, the interest remains and there seems no end to what they can achieve. 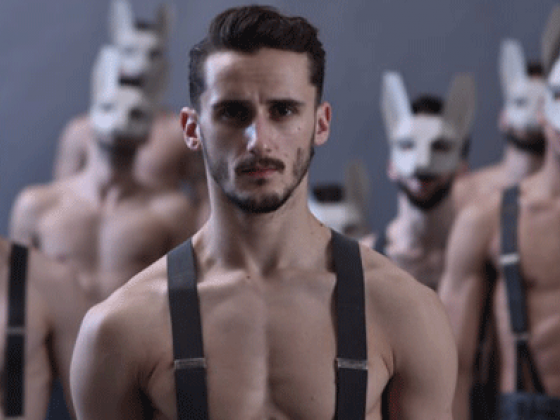 BalletBoyz BalletBoyz or Ballet Boyz are a London-based all-male dance company. BalletBoyz was founded in 1999 by Michael Nunn and William Trevitt, both principal dancers with The Royal Ballet.
Balletboyz Interviews
ABOUT Dance Strictly focused within the arts and performance sector https://aboutdance.co.uk/
Sign In with Facebook