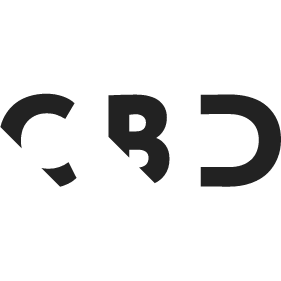 Corey Baker Dance has created a new short film entitled  Swan Lake Bath Ballet which will receive its world premiere screening on BBC iPlayer and bbc.co.uk/arts on Wednesday 8th July at 9.00 am BST as part of BBC Arts Culture in Quarantine, bringing arts and culture to the homes of the nation under lockdown.

In the film, Baker’s quirky choreography is performed in baths from New Zealand to South Africa, America to Hong Kong, Australia to the UK. Swan Lake Bath Ballet was filmed on smartphones, directed by Baker from his bathroom in the UK. Dancers found innovative solutions including a child’s scooter, piles of books and even a toilet plunger to help stabilise and enable camera angles.

Dancers filmed themselves, sometimes assisted by their housemates or partners, all directed by Baker and Daley from their separate bathrooms in the UK. Baker says about the experience, ‘It was like trying to hang a picture with your eyes closed from 5 miles away’.

The performers were drawn from a long list of distinguished companies including American Ballet Theatre, Royal Ballet, Paris Opera Ballet, Staatsballett Berlin, National Ballet of Canada, Dutch National Ballet, Birmingham Royal Ballet (with whom Baker has a long relationship) and The Royal New Zealand Ballet, where Baker is Choreographer in Residence.

Baker says: ‘I am hugely indebted to the amazing 27 dancers and all the companies who really pulled the stops (plugs?) out to make this film happen. Dancers became camera operators, stage managers, as well as costume and prop department not to mention performing tricky choreography at the same time, all from their bathtubs’.

Corey Baker Dance has an international reputation for creating a diverse array of work across film, TV and theatre, using unusual locations and reaching non-traditional theatre audiences. Antarctica: The First Dance (Channel 4/The Space) was filmed on the icy continent celebrating Antarctica while we still have it. This was the first of three dance films with a ‘green’ focus, the other two being Spaghetti Junction with dancers from Birmingham Royal Ballet and Hong Kong Ballet filmed beneath Birmingham’s (in)famous motorway intersection and Lying Together with Hong Kong Ballet, filmed on location in rural and urban green spaces across Hong Kong. Both Spaghetti Junction and Lying Together were shown on BBC Culture in Quarantine in May/June 2020 for World Earth Day and World Environment Day respectively.

Swan Lake Bath Ballet was commissioned by Arts Council England and BBC Arts as part of Culture in Quarantine. With thanks to Royal Albert Hall.